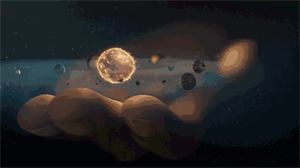 How wonderful is the Three Thousand Great Thousand World

Only to get Prajna Fangming: to leave life and death, the name is "renunciation"; not to be after, the name is "to gain the Tao"; not to be delusional, the name is "Nirvana"; to be free from ignorance, to be "great wisdom". Ten squares of soil, galloping across three thousand realms
Be the first to review this product
FirstSing products are selling to more than 200 countries in the world, and has the top market wholesalers in Japan, USA, Canada, Spain, France, Germany, India and many other countries. The following are the authenticated Firstsing wholesalers, which can use the Firstsing website product photos and descriptions to show, promote and sell.

Let’s start with the small world

The scope of a small world is centered on Mount Xumi, standing on the ground wheel, 84,000 years high, wide at the top and narrow at the bottom. Another day, January, beside the mountainside. (Note: Xumi Mountain, the real quantity in the realm of the practitioner, not visible to the naked eye)

Around the mountain, there are Qizhong Jinshan and Qizhong Perfume Sea alternately surrounded. From the inside to the outside are Chishuang Mountain, Chizhou Mountain, Chishui Mountain, Shanjian Mountain, Maer Mountain, Barrier Mountain and Chidi Mountain.

There is the Great Aral Sea outside the 7th Heavy Gold Mountain. There is Datiewei Mountain outside the Aral Sea.

There are four continents in the Aral Sea (Dongsheng Shenzhou, Xiniu Hezhou, Beiju Luzhou and Nanzhanbuzhou).

Speaking of these four continents, there are many topics and interesting things.

Beijulu Prefecture is surrounded by the Seven Golden Mountains and the Big Tiewei Mountains. Land has the four virtues of equality, silence, cleanliness, and no thorns.

It also has all kinds of wonderful mountains, forests, rivers, baths, gardens, trees and fruits. The utensils are mostly made of gold, silver, colored glaze, and crystal. Everyone drops all the beautiful things!

There are no snatches, no disputes, and no thieves, wicked people, and struggles.

People live equal and happy lives, without worries, etc. There is a problem here after reincarnation. Although it has everything, it has no Dharma! In other words, there is no wisdom to escape from life and death...

Looking for a place to be able to smell the Dharma - we go south, full circle back to the familiar home -

Nanfangbu Island is located in the south of Mount Xumi. This island is rich in Yanfushu, also known as Nanyanfuti.

The people here are brave and strong in remembering, capable of doing karma, practising Brahma, and having the birth of a Buddha.

Although it is very bitter, it is far better than the other three continents and the heavens. It is a place that can be tolerated and is closest to the Buddha.

2500 years ago, the benevolent and compassionate Buddha of Sakyamuni came to Nanfangbuzhou to show the Dharma with great convenience. For the wandering sentient beings in the cycle of life and death, he revealed the truth of the universe's dependent emptiness ...

It is close to the earth wheel, gold wheel, water wheel, wind wheel and the void under the Datiewei Mountain.

Kilitian among the heavens is located on the top of Mount Xumi. But there lives the king of heaven in the middle!

In addition to the heavenly kings in the middle, there are also eight heavenly kingdoms in each of the east, the north and the south, for a total of 33 days.

The first day of the heavens, the Four Kings Heaven, is located on the mountainside of Mount Xumi. There is a day on all sides.

The above-mentioned four heavenly kings are famous guardians of Buddhism!

In the underground of Datiewei Mountain, 1000 yoy ten days deep, what will there be?

Eight hells! Yes, it is the place of hell of all sizes.

The above introduction is the scope of [ Earth in the sky ], which means that the heavenly people who live on the earth are [ Early in the sky ] , that is, the four heavens and the heavens of the six desires.

Dear friends, don’t forget to find our "Earth" in the video!

Next, from the third day of the heavens, Ye Motian, it is 【empty to live in the sky】, living by the cloud.

Here is why the four heavens, Wangtian and Kilitian, are also "heaven" , but they do not belong to the empty sky?

Because the Four Heavens Wangtian and Kilitian are at the lowest level, their habitual residence does not exceed Mount Xumi , so they still belong to the category of earth dwelling on the sky.

The top of a small world is the eighteen-day "three days of first meditation" in the physical world. This is a small world!

It turns out that a small world includes the "six days" of the world of desire and the "three days of first meditation" in the world of physicality.

One of thousands of the world =  1000 thousands of small little world + net days, immeasurable net days and days over the net

The ruler of the Great Thousand Worlds is the Brahma King of Sezhutian.

Our big world is collectively called the Sao Po world.

2500 years ago, in the era when there was no modern technology, Buddha Shakyamuni clearly explained in the Buddhist scriptures the universe where all beings live, which proves how incredible human wisdom can reach...

But why do we not feel the wisdom and freedom that the Buddha had proven at all, and instead feel that the troubles and pain are so heavy?

Our fundamental ignorance, greed, anger, ignorance and obsessive attachment, delusion, madness, slowness, and ignorance that want to dominate people and things outside, are higher than Mount Xumi, bigger than the world, how can we not suffer ?

But, on the other hand, if our heart can accommodate the vastness of the world, all the troubles will be worthy of existence...

It's like taking a plane and looking down from a high altitude, the clouds are soothing, and the air is swallowing the mountains and rivers. Who cares about a car like a beetle, is it a Mercedes or a BMW?

Who cares what brand of lipstick on a hot mouth is? How luxurious is the house?

We say all day long that the secret of a happy life is gratitude. Perhaps, true gratitude is that the heart is too empty. There is nothing to disturb your heart in the world. Of course, the softness and compassion in the depths of your own nature will silently grow and warm everyone who walks with you.

The more you let go of your own delusion, the higher you will stand and the more true you will see. It turns out that the truth that the Buddha said is the equality and equality of the dependent space.

Today, with the development of science and the improvement of human wisdom, the truth of the universe revealed by the Buddha is also being verified step by step.

In fact, going from heaven to earth seems to have said a lot, but in essence there is only one word- illusion.

Whether it is heaven or hell, it is nothing more than karma.

No matter how rich the aliens are, they cannot do without suffering.

The universe seems to be vast, without Prajna wisdom, the individual "I" is still just a frog in a deep well.

Only to get Prajna Fangming: to leave life and death, the name is "renunciation"; not to be after, the name is "to gain the Tao"; not to be delusional, the name is "Nirvana"; to be free from ignorance, to be "great wisdom". Ten squares of soil, galloping across three thousand realms.